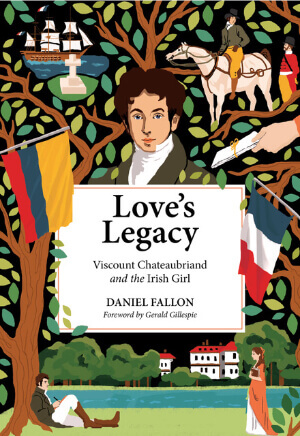 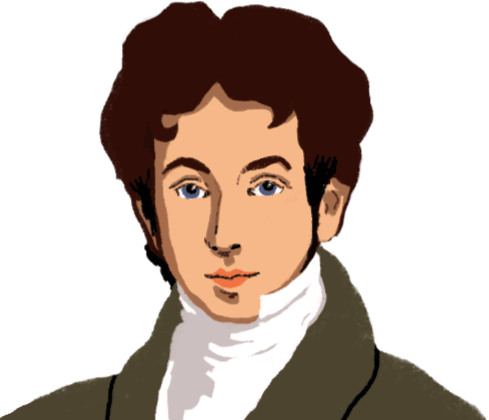 Viscount Chateaubriand and the Irish Girl

Imagine suddenly inheriting tender letters from a renowned historical figure addressed to one of your great-great-grandparents. Now suppose that you lived and worked among scholars accustomed to posing and resolving tantalizing questions. These circumstances formed the tinder and spark igniting the genealogical investigation that Daniel Fallon records in this book.

Love’s Legacy chronicles Fallon’s search for hidden meaning in two letters addressed to his great-great-grandfather in summer 1817 by influential French writer François-René de Chateaubriand. Woven into the rich fabric of this work are elements making it much more than a suspenseful detective story. It is an intimate biography of Chateaubriand, offering meticulously researched information never before published. It is a story of forbidden love, fraught with passion and tragedy. And it is a memoir, relating Fallon’s discoveries as he pieces together the branch of his ancestry leading from his audacious father to fathers before him, each carrying a legacy rooted in the same star-crossed encounter of long ago.

Captivating and deeply humane, Love’s Legacy portrays the surprising impact people’s lives can have on those born centuries later. As clever as it is wise, this book reveals how recovery of the past awakens an awareness of inherited gifts that transcend genealogy. 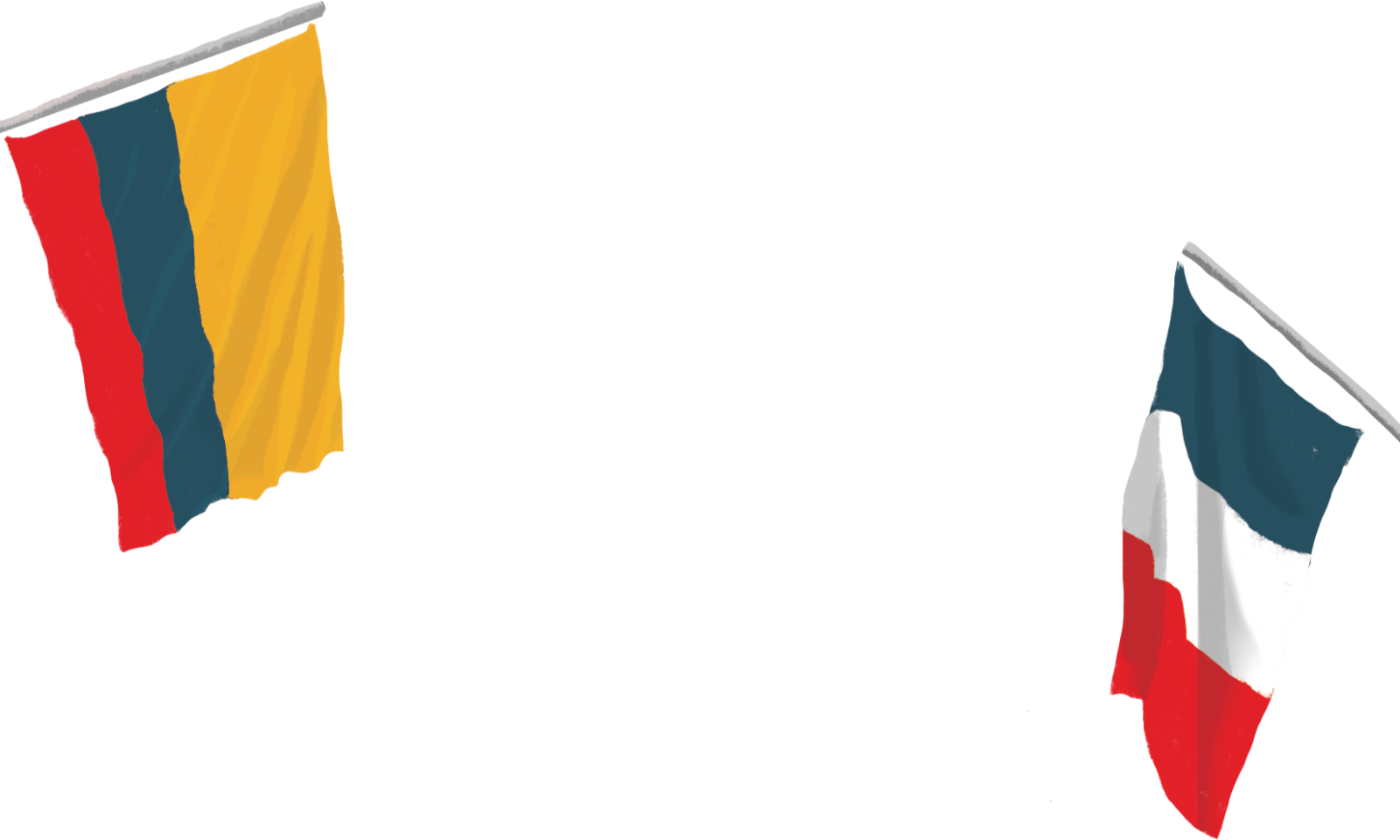 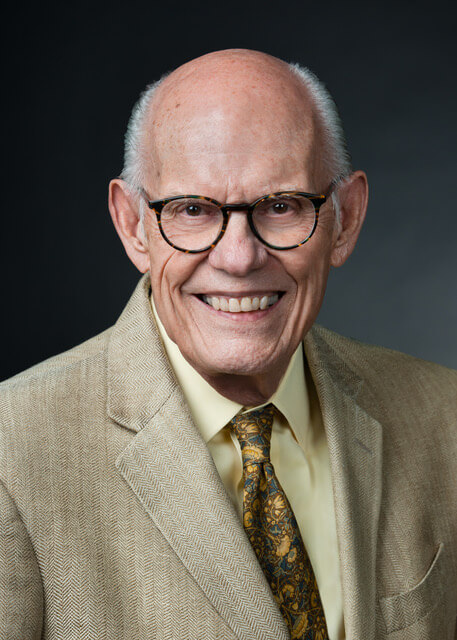 He is professor emeritus of psychology and professor emeritus of public policy at the University of Maryland at College Park, where he also served as academic vice president and provost. A former adviser and evaluator for the German government on higher education initiatives, he was elected to the board of trustees of two German universities. He concluded his professional career as chair of the Education Division at Carnegie Corporation of New York, where he directed grantmaking in education, focusing principally on adolescent literacy, urban school reform, teacher education reform, and liberal education. He now works as a higher education consultant.

Fallon has published widely on learning, motivation, educational reform, and contemporary cultural issues. He is the author of The German University: A Heroic Ideal in Conflict with the Modern World, which was awarded the Eugene M. Kayden prize for excellence in humanities. He has also published program notes for music performances and offered pre-concert lectures. Love’s Legacy, his latest published work, reflects his decades-long exploration of French literary and cultural history.

Born in Cartagena, Colombia, where his father was then chief of staff of the Colombian Navy, Fallon came to the United States with his parents at two years of age. His mother was a native of New Orleans. He currently lives in Santa Fe, New Mexico. 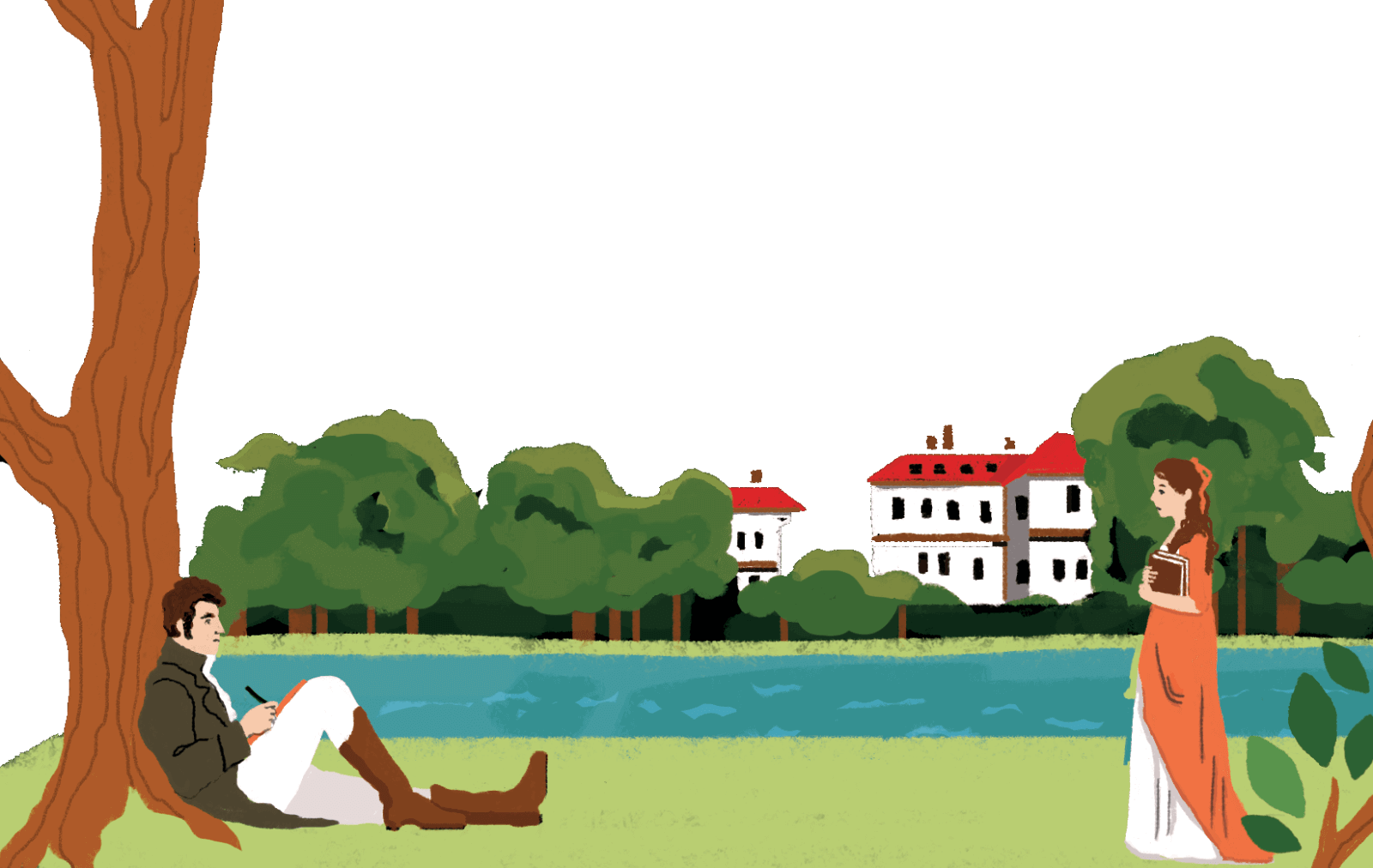 Love’s Legacy is available for puchase from these merchants.